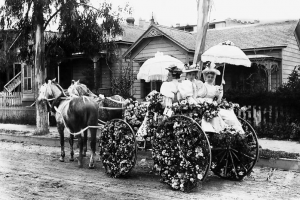 Bordered on the east by Glendale and Eagle Rock, on the south by South Pasadena with views of the San Gabriels to the north, the word Pasadena means ‘valley’ or ‘valley of the crown’.  Originally home to the Hahamogna Tribe of Native Americans, who lived on local game and vegetation, the Hahamognas lived in villages scattered along the Arroyo Seco and the canyons from the mountains down to the South Pasadena area. With the arrival of the Spaniards and the establishment of the San Gabriel Mission on September 8, 1771, most of the Native Americans were converted and provided labor for the mission.

Today the cities many eras and long history are evident by the fine architectual beuaties found through out it’s residential neighborhoods.  One of the most famous, The Gamble House is a magnificent example of the arts and crafts era, built by the Greene Brothers who style influenced many homes through out Pasadena.  The Gamble House is now a public museum and well worth a tour.